Fitbit is one of the most popular brands for fitness trackers and smartwatches and is now acquired by Google. Fitbit has a wide range of products, from simple activity trackers to more advanced smartwatches like Fitbit Sense and Versa Series.

This article will help answer the question “Is Fitbits worth it?” by reviewing the pros and cons of Fitbit Wearables.

I hope this will help you make an informed decision about the next best Fitbit wearables.

Pros and Cons of Fitbit: Is Fitbit Worth it?

Let us have a look into the prons of Fitbit wearables.

Fitbit has a wide range of Products

Unlike other popular wearable technology makers like Apple and Samsung, Fitbit has a wide range of products varying from Fitness trackers to smartwatches. If you look at the Fitbit Product list, you can find a device that meets everyone’s needs and budget.

Moreover, the Fitbit Inspire HR and Inspire 2 can easily convert into a clip-on fitness tracker just by replacing the strap so that you can clip it into your dress or belt.

You can also check our Fitbit comparison guide to know about its features and specs.

With an easy-to-navigate user interface, Fitbit smartwatches and fitness trackers are a breeze to use. Also, the Fitbit app for Android and iOS is easy to use due to its simplistic design and user-friendly interface.

One of Fitbit’s top advantages is its customer service. If you encounter any problems or difficulties, you can contact them through chat or phone call for a solution.

They are also highly active in social media, and you can expect an instant response to your queries or questions.

The latest smartwatch from Fitbit, the Fitbit Sense, comes with FDA Approved ECG. This feature enables you to get an electrocardiogram (ECG) done right from your wrist in just 30 seconds.

Fitbit wearables take a single-lead ECG, which cannot be considered as a medical-grade electrocardiogram. But it can track atrial fibrillation and an irregular heartbeat that is a sign of cardiac arrest or stroke.

You can even share the ECG report as a PDF to your cardiologist for closer inspection for any abnormalities.

If you are looking for other options, you can check our list of the best ECG smartwatches in 2021.

Blood oxygen level is a vital health metric to be monitored, especially in a pandemic. The normal SpO2 reading is 95%-100%, but anything which below 90% may require medical attention.

Most of the Fitbit trackers and smartwatches can track VO2 max, but expensive models such as Fitbit Sense and Versa come with SpO2 monitoring features.

Please make sure you check our latest article on the best smartwatches with SpO2 for more details.

All these features together help you detect any sleep abnormalities that you may have.

Fitbit Sense is one of the rare smartwatches that come with skin temperature monitoring. Even its rivals, such as Apple or Samsung, do not offer this feature on their smartwatches.

Fitbit devices have a sleep quality monitoring feature that automatically detects your various sleep stages, such as light, deep, or REM sleep. It will also identify the duration of each sleep stage and give you the breakdown data in the Fitbit App.

Fitbit devices also have a Smart Alarm feature or silent alarm which can wake you up at the right time to avoid feeling tired or drowsy so that your day starts strong.

Fitbit Sense is the first advanced smartwatch that comes with an EDA (Electrodermal Activity) sensor to monitor your stress level.

The Fitbit app offers Stress Level monitoring, which tells you how stressed your body is by measuring heart rate, breathing patterns, heart rate variability (HRV), and more. This stress level ranges from 0-100 and gives a sense of when you’re feeling in control or when you need to take a break.

It also has a built-in Yoga mode that helps you track your breathing and body metrics during Yoga.

Fitbit devices have a menstrual cycle tracking feature, which monitors your menstrual data in the Fitbit app.

This helps you keep track of ovulation cycles or other menstrual irregularities that might come up throughout each month.

The Active Zone Minutes is an easy way to measure your activity levels based on workout intensity. For example, just taking a few rounds of daily walks may not be enough if you are not reaching the targeted heart rate zones.

All Fitbit smartwatches and fitness trackers calculate calories burned count based on your activities. It is essential to understand how many calories are burned, especially if you are on a diet plan for gaining or losing weight.

Now here we have a list of sport tracking features of Fitbit wearable devices.

Fitbit wants you to achieve your fitness goals by setting realistic and achievable targets. You can set weekly, biweekly, or monthly challenges for yourself with your Fitbit Fitness Tracker.

Built-in GPS allows you to track your real-time pace, distance traveled, and location without your phone. If you are highly active outdoors, you should go for a smartwatch with built-in GPS.

Its swim tracking feature can track important swimming data such as duration, number of laps, SWOLF, and many more.

Fitbit Activity Tracker and smartwatch come with many smart features that allow you to stay away from smartphones for at least a few hours every day. So let us have a look into the smart features of Fitbit.

A Fitbit device can notify you about incoming emails, messages, and other notifications. It also allows you to customize the Fitbit mobile app notifications for smartwatches on Android or iOS devices.

High-end Fitbit wearables come with a voice assistant, which allows you to get details like weather updates or the number of steps taken by asking the device. In addition, you have the options to choose either Alexa or Google Assistant as your voice assistant.

Your Fitbit devices come with many features related to music depends on your device model. Fitbit smartwatches stream music with supported streaming services such as Spotify, Deezer, and Pandora.

Fitbit Sense, Fitbit Versa Series (except Versa 3), and Fitbit Ionic have built-in storage for offline music playback, with control over volume and next/previous track buttons on the smartwatch screen.

With a quick tap of your finger, you can pay for things like coffee by using contactless payments (NFC). Unfortunately, Fitbit Pay is only available on high-end Fitbit models such as Sense, Versa Series, and Charge 4.

Fitbit devices are known for their long battery life. Most of the Fitbit model battery life range from 3 to 7 days. However, the battery life depends on the settings and features of your smartwatch. For example, when you use features like music streaming and GPS, the battery will drain faster.

With that said, the Fitbit battery life is not as long-lasting compared to Garmin or Amazfit wearable devices.

Fitbit offers a wide range of products in different price ranges. So, for example, if you are looking for a basic fitness tracker, you can go for Fitbit Inspire 2 or Inspire HR, which costs under $100.

However, Fitbit like Sense and Versa Watches are more expensive, and it comes with exciting features.

Now let us have a look into the major cons or disadvantages of the Fitbit tracker and smartwatches.

Basic Fitbit trackers only offer limited features. For instance, the Fitbit Inspire HR and Inspire 2 do not come with a music control feature. On the other hand, even cheaper Fitness Tracker like Mi Smart Band 4 and 5 comes with features like music and remote phone camera control options.

Basic Fitbit trackers don’t offer many features. The Inspire HR and Inspire 2, which both retail under $100, do not include music control.

Whereas lower-priced fitness trackers like the Mi Smart Band 4 and 5 come with features to control music and phone cameras.

However, the latest Fitbit Charge 5 is an exception. It comes with most of the features of Fitbit Sense, the most advanced Fitbit. It comes with ECG, SpO2, Stress monitoring, and many more. 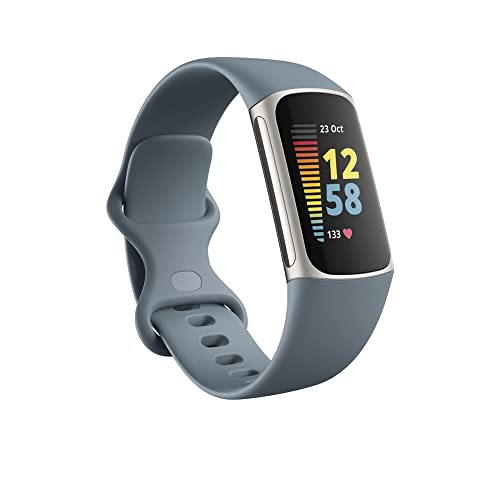 Fitbit does not offer standalone smartwatches with cellular capability. Even the most advanced Fitbit Sense lacks this feature.

However, other famous smartwatch makers such as Apple, Samsung, and Garmin offer smartwatches with cellular connectivity.

Fitbit’s data security has come under scrutiny in the past, with many customers reporting their personal information being leaked. Now, Google owns Fitbit, and it’s unclear how this may affect customer concerns about data exposure, but it remains a potential concern for users.

Many health and fitness features are only available through a Fitbit premium subscription, costing $10 each month. For example, advanced diet and sleep tracking capabilities are unlocked with an upgraded plan.

Fitbit is a fantastic way to track your fitness and health goals. It is worth the investment if you’re looking for ways to improve your overall health and wellness.

What do you think? Is it time for you to invest in one of these devices now? Please let us know your thoughts in the comments.