(Updated on October 27, 2021)Are you a smartwatch lover? If so, then this blog post about upcoming smart wearables is for you! We’re going to talk about the upcoming smartwatches in 2022

Here we go with some fantastic facts about the upcoming smartwatches, which will blow your mind away.

There will be some really awesome features on these watches, such as health monitoring, GPS tracking, and more! You won’t want to miss out on these fantastic devices when they come out! So please read this article now before it’s too late!

So if you really want to know more about these great new devices, keep reading! Also, make sure to bookmark this post because we will be updating this post frequently to give you the latest updates about the upcoming smartwatches.

Upcoming Smartwatches in 2022 and Beyond 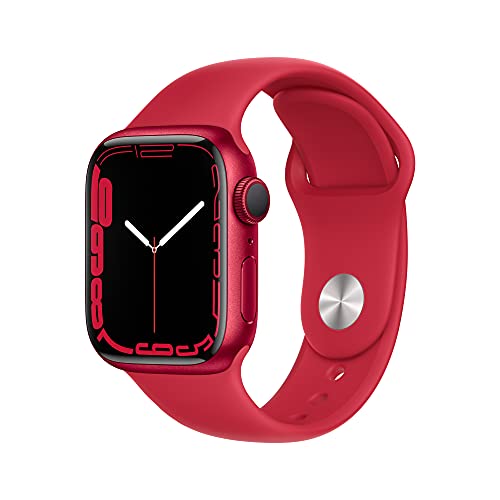 Apple announced the release of the most awaited Apple Watch Series 7, which is expected to be released soon. It is already listed on the Apple stores and other online stores such as Amazon.

The new Apple Watch 7 has a revamped design compared to its predecessors. Apple has reduced the bezel size so that you can enjoy a 20% larger display than the Series 6, which is also done without increasing the overall size of the watch.

With that in mind, the Apple Watch Series 7 is 1mm larger than previous versions. This implies that it comes in sizes of 41 and 45 mm. Earlier versions were available in 40 and 44 mm widths.

It is more durable and scratch-resistant than the Apple Watch Series 6. Thanks to the front cristal, which is 50% thicker than the Series 6.

The health-tracking features are similar to that of the Apple Watch Series 7. There were rumors that the next Apple Watch would include blood sugar or blood pressure monitoring. However, it does not have these features.

Related Post: Apple Watch Series 7 vs Garmin Fenix 6 Series: Which is the Best?

Garmin is one of the most trusted smartwatch brands in the field of wearable technology. For many years, the company has provided innovative and advanced sports and fitness trackers to people worldwide. At the beginning of 2022, Garmin may launch a new Fenix smartwatch that would undoubtedly attract huge attention from outdoor enthusiasts and tech geeks.

Like advanced Garmin watches, the Fenix 7 Series also would have many features such as GPS, barometer, temperature sensor, altimeter, and 3D compass. Like Fenix 6, the upcoming model may also feature solar-powered charging.

Garmin has recently released a blood monitoring app associated with Dexcom G6 Continuous Glucose Monitor (CGM) System that displays real-time blood sugar levels on your smartwatch. The upcoming Garmin watches may feature a sensor to monitor blood sugar. If it happens, then the forthcoming Fenix 7 smartwatch may become revolutionary.

Garmin recently introduced the LTE feature to its Forerunner 945 series. So, we are also expecting a Garmin Fenix 7 with an LTE model. However, there is no confirmation about this feature yet.

The price of the product is still unknown. However, Garmin usually launches its products at a high price point due to its premium quality. So, the Garmin Fenix 7 is expected to range between $700 and $900.

Withings ScanWatch Horizon is the next watch expected to be released in November 2021. It has a different design than the previous Withings Watches. The new watch has an aesthetic and premium design. The watch will be available in 43 mm with a rotating bezel similar to the Samsung Galaxy Watch 4 Classic.

The Withings ScanWatch Horizon hybrid watch is a “luxury dive watch” that looks similar to the premium watches from the Omega or Rolex. This 100 meters water-resistant watch is suitable for swimming and surfing.

Other Features of Withings ScanWatch Horizon

The ScanWatch Horizon is already available on the Withings UK website for about £374.96 in blue and green hues.

The Moto Watch 100, an upcoming entry-level device, is expected to start mass production in November 2021. Reports suggest that it will be more affordable than the 3rd generation Moto 360, which was released in 2020.

According to the manufacturer, the production of the Moto 360 will begin in November 2021. The firm also claims that it will be a low-cost smartwatch targeting the budget segment. In the Operational Update report, they quoted the Moto Watch 100 as the “Iminant Release.” This gives us good cause to believe that the new Moto Watch 100 will debut or be announced in November.

As of now, we don’t know much about the upcoming Moto Watch 100. However, CE Brands has revealed a few images of the device. It will, like prior Moto Watches, feature a circular display and may operate on Wear OS. But have to wait a little more to find out whether it supports Wear OS 3.0.

The 9to5Google learns from FCC listing that it will be resistant to water up to 5 ATMs and include GPS and heart rate monitoring.

If the rumors are true, Google will soon launch its upcoming Android smartwatches. There is no official statement on the forthcoming watches from Google, but rumors are rife that they will be out sometime in the first half of 2022.

The upcoming Pixel Watch by Google may support LTE and GPS as well as NFC like Samsung Galaxy Watch 3/4. We can also expect some features from the Google-owned Fitbit, such as FDA-approved ECG, stress monitoring, etc., on the upcoming smartwatch from Google.

In April 2021, FRONT PAGE TECH released rendered images of the upcoming Google Pixel Watch on their YouTube channel. According to the images, the watch from Google will feature a circular display.

Google disappointed the Gadget lovers by not announcing Google Pixel Watch at the Pixel Launch Event on 19th October 2021. This means that we have to wait for the upcoming watch from Google for some more time.

A day before the Google Pixel Even, Jon Prosser Tweeted that the Pixel Watches may release at the beginning of the next year. Anyway, let us hope for the best. Otherwise, the launch may happen only in October 2022.

Fitbit Versa 4 is the next smartwatch expected to be released by the Google-owned Fitbit. Unlike other smartwatch makers, Fitbit does not leak their products specs until they go official. So we still do not know what to expect from the upcoming Fitbit Versa 4.

The built-in GPS and music streaming features were introduced in the previous version. This makes it likely that Fitbit will continue to include these features in the Versa 4.

No Fitbit wearables do not have LTE/cellular features on their wearables. If they include these features in the Fitbit Versa 4, it will attract more customers as people cannot afford to carry a smartphone while going running.

As Fitbit has already released more than a couple of watches this year, we don’t expect any new watches from Fitbit until the first quarter of 2022. The Fitbit Charge 5 was the last release from the Fitbit. It was a significant upgrade from the Charge 4 watch with an FDA Approved ECG and a dedicated app for stress monitoring.

If you feel that ECG is an essential feature for you, then the Fitbit Charge 5 is the best activity tracker that you can buy for under $200 now. It also features a built-in GPS like the Fitbit Charge 4, but it does not support music streaming or music storage.

Fitbit Luxe was another activity luxury watch released in 2021. It is an upgraded version of the Fitbit Inspire series. As the name suggests, it is a luxury fitness watch with NFC support and is waterproof up to 50 meters.

It’s also worth noting that Fitbit did not release a smartwatch in 2021. In September 2020, the last Fitbit smartwatches were released: the Fitbit Flex 2 and Charge 3. 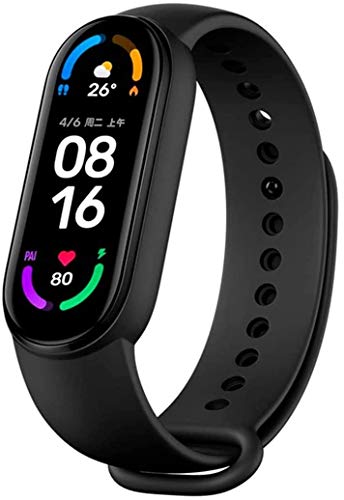 It seems that Xiaomi is getting ready for the next generation of its wearable devices. The rumors suggest that the new Mi Band 7 may land very soon or at the beginning of the next year.

When we talk about the Xiaomi Wearables, the first thing that comes to mind is its cost. WThe Mi Band 6 currently costs under $50. e also hope that the Chinese manufacturer of smartphones and smartwatches will offer their next-generation activity bands under $50.

According to the rumors, the design and shape of the Mi Band 7 would remain the same. But there might be a marginal increase in the size of the display. They may come without a physical button, just like the Mi Band 6.

We are also expecting a marked improvement in the battery life of the Xiaomi Mi Band 7. Currently, the Mi Band 6 offers two weeks of battery life on typical usage.

As of now, like its predecessors, we do not have any information about the NFC support on models outside China.

Is it worth waiting for a newly released Smartwatch?

We are sure many of you would be wondering whether it is worth waiting for the new watch or not. If you are a long-time user of smartwatches, including the Apple Watch Series 6 or Galaxy Watch 3, it is probably not worth upgrading. However, if this is your first time buying a smartwatch, then definitely go for an upcoming smartwatch.

To be honest, all the upcoming wearables have incredible features that are hard to ignore. So, it isn’t easy to choose any one of them as a winner. If you own iPhone, then the Apple Watch Series 7 would be the right choice. The new Galaxy Watch 4 or Fitbit Charge 5 will be perfect for Android smartphone users.

When you buy a new smartwatch, the most important things are design and battery life. If your current watch is not cutting it for you anymore or if you’re looking to upgrade, we’ve highlighted some of the best upcoming smartwatches in 2022 that will be worth waiting for.

So when deciding which smartwatch or fitness tracker to purchase, think about what features matter most to you: do you need something with built-in GPS? Would cellular capabilities make more sense since your phone can’t always stay on hand? What about the design? And battery life is always a top priority.

All of these wearables coming soon have solid specs to live up to, but you should know how to pick the right one for your needs. If you are not sure, then check our smartwatch buying guides crafted by our experts.