Xiaomi’s launch event did feature multiple Mi smartphones and the next-gen fitness band, the Mi Smart Band 6. Indeed, the Mi Band 6 packs generational upgrades and improvements than its predecessor, the Mi Band 5. Wondering what all improvements? A comparison ought to give a clear difference between these two iterations of Mi bands. So, let’s dive in.

TL; DR: The Mi Band 6 has upgraded specs in almost all aspects compared to the Mi Band 5, with the SpO2 sensor being a major add-on.

The display of a gadget could be personified as the “face” of a gadget, and let’s begin the comparison by taking display on both generations. 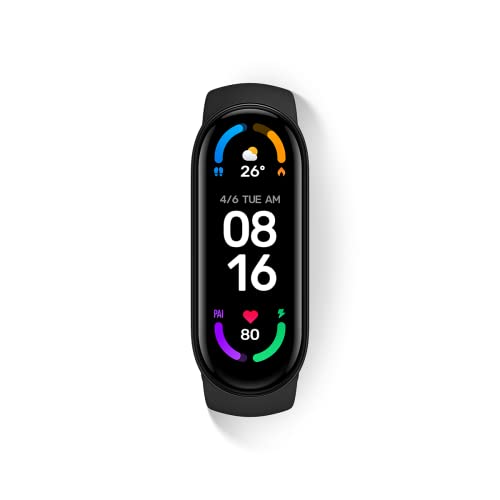 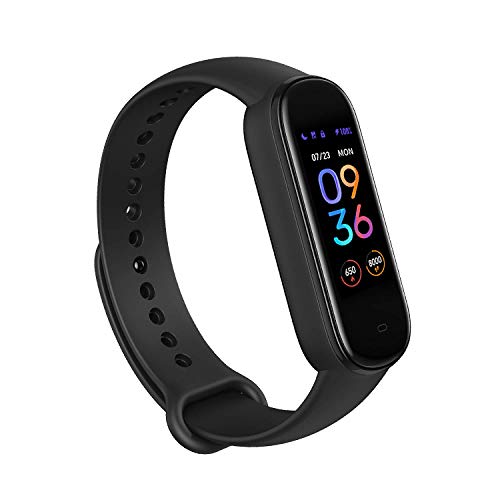 The all-new Mi Smart Band 6 features a display with rounded corners. According to the official spec sheet, this is a 1.56″ AMOLED display. In contrast, its predecessor comes with a 1.1″ AMOLED display. So clearly, Xiaomi increased the screen real-estate with the new Smart Band 6, which is a good thing.

As such, the Mi Band 6 seemingly offers about 50% more screen real estate than the Band 5. Also, the screen on the Band 6 has 152 x 486 px resolution (326PPI) and brightness up to 450 nits. The screen is covered with tempered glass with an anti-fingerprint coating.

Being a wearable running on battery, the battery capacity is yet another parameter that a buyer should consider before going for a wearable. The Mi Band 6 boasts a 125mAh LiPo battery that is the same size as the Mi Band 5 and promises the same 14-day battery life. Note that, despite having a larger screen, Mi Band 6 can deliver the same battery life as the Band 5, according to Xiaomi.

Another similarity between Mi Band 6 and Mi Band 5 is that both use the same magnetic snap-on charging.

One of the good characteristics of a fitness tracker is the availability of plenty of fitness modes by which a user can track various aspects of health. When it comes to exercising, there are 30 fitness modes, double that of the Mi Band 5. The Mi Band 6 comes with additional health features including female health tracking and stress monitoring.

Among the 30 fitness modes, 6 of them can be auto-detected: walking, treadmill, cycling, rowing machine (ergometer), and elliptical.

The Mi Band is water-resistant to up to 5 ATMs, similar to the Mi Band 5. Mi didn’t mention any official IP rating, though. As per Xiaomi, the 50 m water resistance is based on standard GB/T 30106-2013 and tested by the China National Horological Quality Supervision and Testing Center. Water-resistance report numbers: Mi Smart Band 5: QT2003010. The water resistance rating is 5 ATM (equivalent to a depth of 50 m underwater), allowing the device to be worn while showering and swimming, but not in saunas or when diving; so, you can take it swimming and even snorkeling.

One of the significant upgrades is the inclusion of SpO2 tracking. It enables the band to track blood oxygen levels during exercise and allows it to track your breathing quality while you sleep (REM tracking is available too).

A heart rate monitor does exist like the Band 5, enabling us to track our heartbeats 24×7.

The Mi Band 6 costs you about $50. At this price, it offers a larger AMOLED display and a SpO2 sensor over the Mi Band 5. So, if you are looking for an affordable yet futuristic fitness wearable, Xiaomi Mi Band 6 might be yours!

Whereas the Mi Band 5 costs you about $35. But it is your decision! If you can put in a few more dollars, why don’t you go for the all-new Band 6?

At A Glance – Mi Band 6 vs Mi Band 5 Specifications

Now that’s a quick comparison of Mi Band 6 and Band 5. Hit the comment box and let us know your view on the brand new Mi Smart Band 6.