In the last couple of years, the wearable industry has been rising, and smartwatches have been at the center of it. Smartwatches are one of the most sold wearables products in the market. There are many brands in the smartwatch market, and Garmin is considered the best among them. With its multiple smartwatch lineups, such as Fenix, Forerunner, and Venu, Garmin has provided the best smartwatch experience to its users. Fenix, which is also considered the best outdoor smartwatch, will receive an upgrade this year.

In 2020, Garmin just upgraded its already existing 6 series as 6x, giving it solar charging capabilities. The Fenix 7, which is going to launch this year, will be an upgrade to the 6 series.

Speaking of upgrades, there is a list of things we can see in the upcoming series of the watch, starting with a new look. As we know, Fenix is more of a fitness-oriented smartwatch made for the outdoors. So, it comes with a rugged look for different outdoor conditions, which doesn’t make it a good-looking watch compared to the others present in the market. However, this year we can see a change in the looks department as we have seen the nylon strap in the Garmin Enduro; chances are it will bring that to the Fenix series too.

Garmin has provided Color touchscreen displays in their Venu series, which indicates that the brand can make better-looking displays for its watches. One of the major problems with these displays is battery life. Known for its outdoor usage, the Fenix series is supposed to have a long-lasting battery that can go up to weeks without charging. So Garmin has to do something to solve this, and it can be the solar charging ability. A better-looking display is a must-have feature to match up the competition.

As we have already seen the Fenix 6 receiving solar charging capabilities, there is no doubt that the Fenix 7 will have it too. For improving the display on the Fenix series, solar charging is a must-have feature helping it maximize performance. There are plenty of options to do that with the help of Power Manager Modes and Battery saver.

If you are looking for a solar smartwatch, make sure our latest article on the best solar-powered smartwatches with longer battery life.

Safety features like incident detection and emergency assistance are a must in smartwatches. Fenix is more focused on fitness and outdoor activities, which can often face incidents and having the incident detection and emergency assistance ability can help a lot. Garmin has already provided these features to many of its watches, including the Fenix 6 series. 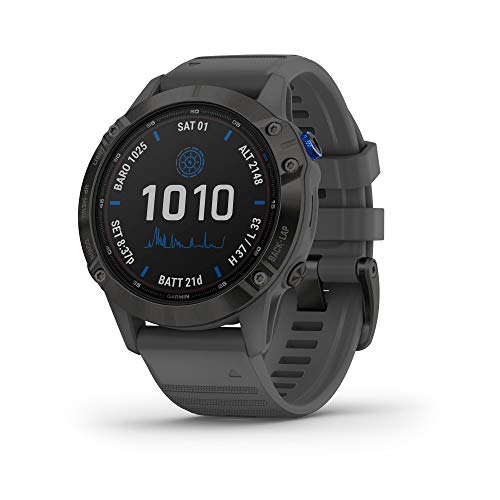 Recently Garmin acquired GEOS Worldwide, a company known for providing emergency monitoring and incident response services. So there could be a major improvement in this department.

All the safety-related services on Garmin smartwatches depend on the Smartphone to be present nearby the watch for network support. The new series can come with LTE support, making the watch completely independent of the smartphone. So, now you can carry your watch alone without the need to carry a smartphone with it.

The Fenix 6 came with the ability to count reps, and after that, we have seen Venu and Vivoactive with animated workouts. So, there is a strong possibility that these features can land on the Fenix 7 series also. It could be a useful addition for those who are casual with their fitness. It provides an easy way to stay fit without too much exploring.

After looking at some upgrades to the already existing features, we can say one thing for sure that the Fenix 7 series can be a major upgrade to its predecessor. But the list of features doesn’t end here as some new additions are expected to be made to the watch.

With competition adding ECG to its watches, Garmin is also expected to add ECG to its Fenix series. However, it will definitely increase its price, so there is a strong chance that it may not be added. But we cannot cut it off the list as it is one of the most important features regarding health, helping many people monitor their health.

The feature that can make Fenix stand out from the competition is the Fueling assistance. This feature prevents users from getting dehydrated and reminds them to take water and carbs according to their activities. So, you don’t have to worry about being hydrated anymore.

Garmin acquired Firstbeat Analytics last year, a company providing heart rate analytics for its watches and Huawei. So, it can provide analytics for the Fenix 7, too, for better performance.

Looking at the previous launches from the brand, we can say that Fenix 7 could launch in the second half of 2021 or the first half of 2022. Now, from the pricing of the previous generation of Fenix, we can say that this generation would also be in the same price range. Fenix 6 series started from £529 and go up to £999 for the higher variants. The Fenix 7 series will also come in the same bracket. The Fenix 7x would be the costliest one.