See our detailed comparison of Fitbit Charge 3 vs Fitbit Charge 2. Understand the difference between both devices and choose the best one which suits your needs.

Charge 3 was launched in October 2018 by Fitbit, and since then, it has become pretty much popular fitness band around the globe. However, the launch came after a successful run of the predecessor Charge 2. You can say that Charge 3 is an improved version of charge 2. But how much improved is it?

To answer this question, today, we compare Fitbit Charge 3 vs Charge 2. For that, we compared both bands for factors like design, display, apps, activity tracking, and battery. Also, we did thorough research on what the users had to say about both bands.

Let’s compare both the Fitbit Charge bands based on the factors that are necessary for a fitness tracker.

To judge how different the design of Charge 3 is compared to the Charge 2, we placed both the trackers’ side by side. In one glance, you can say both have very different designs. For both trackers, the display is slimmer, but strap design varies.

The most significant difference between Fitbit charge 3 and Charge 2 can be seen when you wear both Fitbit charge trackers. Somehow the Charge 3 feels more comfortable compared to Charge 2. Maybe it is due to the difference in the material used for the straps.

Another striking difference is observed when you take a closer look at the strap buckles. The Charge 2 buckle has a classic stainless steel finish, whereas charge 3 has a matte black finish.

One significant difference that can be regarded as revolutionary for the Fitbit Charge 3 series is its water-proofing capacity. You can use the band underwater for up to 50 meters, which is a huge advantage, especially for swimmers. Charge 2 is just splash-proof, and it can not be used for water-based activities.

The ability to be water-proof makes Charge 3 one of the few fitness trackers that can be used for tracking water-based activities like swimming.

Charge 2 uses an OLED tap display, which requires the user to tap on the screen to navigate through different information and settings. Many users complained about the limitation of the tap display because sometimes users have to tap quite a few times to find a specific option in settings.

Fortunately, this issue has addressed in Charge 3 by introducing a touchscreen display. This completely changes the user interface of the Fitbit Charge 3. Now users have to use touch and swipe features, which is a quite more comfortable and familiar way of interacting with smart devices.

Improved display is good news, but it still lacks color as in Fitbit Versa and Ionic. However, you should not complain about it because, with its touchscreen, you get improved navigation as well as some cool graphics.

Sensors are an essential part of any activity tracker. Fitbit spends quite a lot of time and money on perfecting sensors for their trackers.

For Charge 2, heart rate monitor, altimeter, vibration motor, connected GPS, and accelerometer makes the core of the tracker. The same sensors are available with Charge 3 with an addition of a relative SpO2 monitor.

The relative SpO2 is a new sensor that measures the oxygen level in your blood. With this sensor, the tracker can tell if you have any kind of breathing disruptions or not. This sensor improves the accuracy of tracking sleeping habits as well.

Fitbit has even declared that they can help cure sleep apnea with the help of its SpO2 monitoring sensors, and it awaits FDA approval. Many smartwatch manufacturers like Apple are already pushing for FDA clearance to use similar technologies to diagnose medical conditions like sleep apnea.

One more sensor called NFC is added to Charge 3, but unfortunately, it is currently available in a special edition only. NFC allows you to make contactless payment via Fitbit pay. It is very convenient as it offers a wallet-free payment option.

As in Fitbit Charge 2, phone-free GPS is missing in Fitbit Charge 3 as well. You have to carry your smartphone for real-time distance tracking and navigation. I don’t know why but Fitbit didn’t add GPS to Charge 3. Users were already made a complaint about missing GPS in Charge 2, but still, the issue not addressed in the Charge 3 series.

App support for both Fitbit Charge 3 and Charge 2 is the same. In Fitbit Charge 3, you get the same essential apps that you get with Charge 2 like alarm, calendar, relax, weather, and exercise. There is nothing new to it.

With Charge 3, there are few improvements when it comes to phone notifications on a Fitness band. Now you can accept or reject calls and even send quick replies directly from the watch. However, a quick reply function is available for Android Smartphone users only.

When it comes to apps and notifications, Charge 3 is a clear winner in the fight between Charge 3 vs Charge 2. 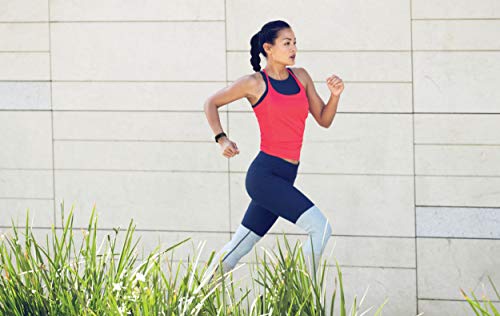 The Fitbit Charge 3 comes with the same preset mods of exercise as in Fitbit Charge 2. Both the trackers can track activities automatically with the help of the Autotrack feature.

Unlike Fitbit Charge 2, the Fitbit Charge 3 band comes with a swim mode. Now with swim mode, you can accurately track your swimming activities as it is designed to track laps as well as the rest between the laps.

This swim tracking feature probably makes Charge 3 one of the fewest fitness trackers that can track activities like swimming.

With the launch of Charge 3, Fitbit has talked a lot about providing accurate data. Let’s see the evidence of their promises by comparing Fitbit Charge 3 and Charge 2 for tracking various activities.

You can also observe significant improvement in the way you track and perform your activities using Charge 3. You can set specific goals for your activities.

For instance, you can set a goal to burn a specific amount of calories or cover a particular distance while running. As soon as you hit the target of the day, the tracker vibrates and lets you know the goal has been achieved.

Even after the activity is completed, you can see other information like pace with which you have run, your heart rate, breathing, etc.
As I said earlier, the only disadvantage I see both the trackers are missing phone-free GPS tracking.

Charge 2 accurately measures your heart rate when you are sleeping, eating, walking, or sitting. But many users have experienced inaccuracies in heart rate tracking during high-intensity activities like cycling, strength training, etc. Fitbit addressed this issue in Charge 3 by adding an improved HR monitor.

Even with high-intensity cardio activities, you can see the most accurate heart rate readings with Fitbit Charge 3.

This is again a point in favor of Fitbit 3 when you are looking at Fitbit Charge 3 vs Fitbit Charge 2 heart rate tracking comparison. 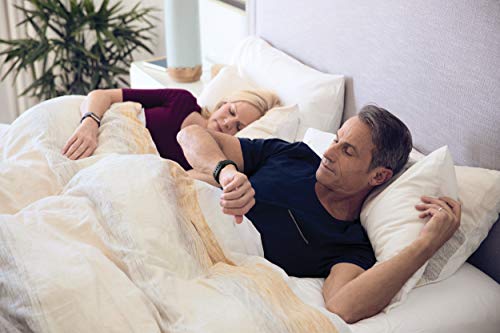 Probably there is no other brand that tracks sleep more effectively than Fitbit. Even with Charge 2, you can have a considerable amount of data being offered to the user about his or her sleep cycle.

In Charge 3, due to the use of an upgraded SpO2 sensor, you can expect more accurate tracking of your sleep. SpO2 gives a lot of information about your breathing pattern during sleep, and breathing has a lot to do with sleep. Thus you can get a more precise idea about your sleeping habit if you have a Fitbit Charge 3 on your wrist.

The Fitbit has made a slight improvement in battery life in Fitbit Charge 3. With a single charge, Charge 3 can last up to seven days in normal mode, and with GPS connection, you can expect five days of battery life. Whereas Charge 2 battery lasts for five days without GPS, and with GPS, it may come down to three days.

As far as the charger is concerned, Charge 3 and 2 have a similar clip-on charger. It can be connected to any USB outlet, and it may take one hour for a full recharge. If you need a faster charging, then make sure you connected it to an electric power plug instead of a Laptop or Powerbank.

Charge 2 comes in three options small, large, and extra-large. Moreover, these are available in six different colors and nothing more.

But with Charge 3, you get variants with added features. The most basic variant is regular, which has all the necessary sensors and apps. Besides basic models, Charge 3 also got a special edition which has a unique NFC for contactless payments.

So who wins the fight of Fitbit Charge 3 vs Charge 2? No doubt, it’s Charge 3. You can say the Charge 2 is primitive when it compared to Charge 3. With the addition of new enhanced heart rate technology, touchscreen, NFC, and water-proof design make the Charge 3 superior over its precursors.

Yes, Charge 4 does have some limitations, but with every new Charge watches, those limitations are rectified. If anything that can beat Charge 3 is the new Fitbit Charge 4, which is about to release soon.