Confused Between Fitbit Blaze and Surge? Which one has more features? Then this detailed article on Fitbit Blaze vs Fitbit Surge helps you to choose the best one.

The battle of Fitbits: Fitbit Blaze versus Fitbit Surge

Which is more suitable for you, Surge or Blaze?

So, in the range of Fitbits, the Fitbit Blaze was one of the first models which was designed while keeping consumer needs in mind. One of the first Fitbit trackers which delve smoothly in a personal or professional environment.

While we compare Surge and Blaze, there are no groundbreaking differences except some features, but most importantly, the Blaze model is very attractive and comparatively packed with tons of features.

Now, let’s move over to the next mode, the Fitbit Surge. This Fitbit is clad in a sombre rubber and plastic look, making it a bit different from the usual attractive and sleek Fitbit. But, in contrast to its appearances, what we found is that if you are a fitness enthusiast who loves running, this is Fitbit is perfect for you.

It’s available in blue, black and tangerine colors but is a bit pale and less stylish in comparison to the Fitbit Blaze. We understand that looks and customization are not the only factors while buying a Fitbit. So, here, let’s get started on an in-depth comparison between Surge and Blaze. 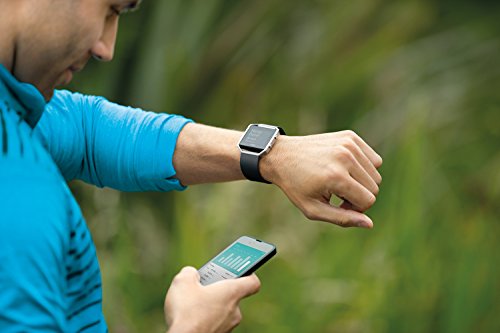 So, before we give you a verdict and you jump onto Amazon, let’s have a look at the similarities between these models.

Well, while comparing you need to know whether a specific feature is there in this model or not. And if a particular feature is in both the models, you could strike it out as a factor affecting your decision.

Basically, we are just trying to narrow down the facts for you in a neat fashion so that you are not hit with a ton of features and start comparing them one by one. 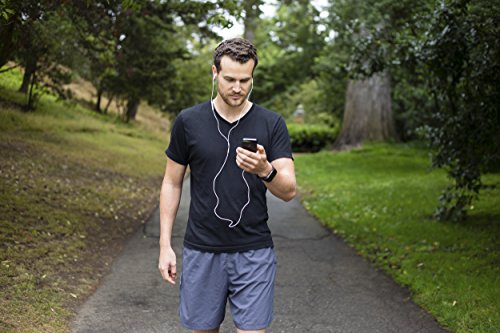 Now, both of these Fitbites are almost similar in prices, but they do have some differences. Now that you have read the similarities and know what to expect in both, let us get you acquainted with their differences which shall help you in actually deciding on which Fitbit to buy, depending on the features you desire.

While both models of the Fitbit are beneficial and are made of the latest technologies, some differences make them different than each other. Let’s have a look.

The display is one crucial feature while choosing your device. The Fitbit Blaze has a color touchscreen coming with an LED touchscreen that is resistant to any kind of light exposure. This is advantageous for you if you are more into outdoor exercises with sunlight blaring onto your screen. The display is simple to access and is very easy to use.

The Fitbit Surge does not have a color touchscreen but one with an OLED touchscreen(only limited gestures) to navigate easily through the monochrome display from activity tracking and other notifications. This is not so resistant to bright lights, and it would be a bit difficult to view the screen through sunlight glares.

So, the first parameter we are going to discuss is the design of these two models. The Fitbit Blaze is much more sleek and flashier than the Surge. Moreover, you also get the choice of customizing your bands to completely change the outlook of the Fitbit while easily syncing with the environment, be it your gym or the office.

Now we understand colors and looks are an important aspect while buying a Fitbit, but there are some disadvantages to it like discoloring or high maintenance to keep the look sharp. The Blaze design is much more suitable for people who follow a casual workout routine and are not gym-lovers.

Coming back to the point, Fitbit Surge, on the other hand, does not have that bright and colorful look. But, it is very suitable for fitness-freaks or gym-lovers who follow a rigorous workout schedule. The somber and pale look is actually an advantage for you. The Fitbit is designed in a manner to withstand the effects excessive sweating can have on the band material.

Now, GPS is a factor that could be important if you are into outdoor activities like mountain climbing, cycling, or similar workouts. So, the thing here is that both Fitbit Surge and Blaze are equipped to display your location and tracking via GPS.

But, one major difference in them is that the Fitbit Blaze does not have a GPS device in-built, meaning it needs a smartphone to gather data and display relevant data while the Fitbit Blaze has an in-built GPS so you can go on hikes or outdoor activities without taking your smartphone.

Now, coming to another aspect of comparison, activity tracking. The Fitbit Blaze offers little to almost nil in terms of new tracking methods. Basically, a Fitbit Blaze will track your steps, sleep cycle, calories, and also around the clock tracking of your heart rate using the Pure Pulse Technology, which is also found in the Fitbit Surge.

We have used this device over a while, and we can assure you that the data being delivered is consistent and accurate. But, when used while doing some heavy exercises like high intensity running or spinning, the heart rate monitor seemed to be a bit slow in delivering results.

Both your Fitbits can track a wide range of activities, and now with the help of SmartTrack features, both the Surge and Blaze models are capable of automatically tracking your type of activity without you having to change the mode manually.

The Fitbit Blaze has an additional feature, Fitstar, which is used to add on-screen workouts to guide you into getting into shape starting from a 7-minute all-body workout to various other activities based on your preferences. Besides this, you shall also be entitled to a Relax Breathing Guide which is not available in the Surge.

Now, the Suge has almost all the features for activity tracking which is found in any normal Fitbit in addition to multiple sports mode which is not available in the Blaze. But the takeaway is the in-built GPS which we cannot stop harping about. This gives you a major advantage as you do not have to carry your smartphone everywhere you go for fitness activity tracking.

Battery life is also vital while comparing these Fitbit models. You do not want your Fitbit to go off while you are exercising. The Blaze model offers five days of battery life on a full charge. Now a point to be noted here is that Blaze has a color touchscreen, so inevitably it shall consume more power in comparison to Fitbit Surge, especially if worn day and night around the clock.

Whereas, the Fitbit Surge’s battery life is over a week on a full charge as stated officially. But when we tested the claims, we found that on heavy GPS usage for location tracking, it barely managed to last three days. So, if GPS (in-built) is a necessary feature for you, you should use it in a limited fashion and turn it off when not necessary; this raised the battery life to five days, almost the same as Fitbit Blaze.

Comparison of Notifications in Fitbit Blaze and Fitbit Surge

Notifications in Blaze is almost similar to those found in any common smartwatch. All notifications you receive on your phone can be displayed on the Blaze as long as you have enabled them on your companion app.

Though most of these notifications are not actionable, it is useful to be updated while not using the phone in case its something urgent. You also get a music control panel allowing you to pause, play and shuffle between tracks while controlling the volume to increase your workout efficiency.

The Fitbit Surge allows you only call and text notifications to be displayed while missing out on all other notifications. It has a music player feature, but, surprisingly and annoyingly it can be the only used while you are working out. (Yes, we agree that its evil!)

Now that you have been informed of all the minute and intricate features and details, let us wrap it up to make it more simple for you to make a decision. It is not rocket science to deduce that these two devices are actually meant for different types of people.

First of all, you have the Blaze which is basically an attractive watch shaped fitness tracker and is ideal for casual workouts or beginners. What we mean is the type of people trying to break into a healthy lifestyle who want to make informed decisions to help them work on their health.

Blaze’s FitStar support helps you do exactly that and is equipped with various tracking like sleep cycle, guided breathing, this is a comprehensive device for people starting out on workouts.

In contrast to that, the Surge is ideal for people who are already acquainted with the lifestyle and want to take their workouts sessions to the next level. You know and have done exercises on treadmills, are a regular gym member and basically a fitness enthusiast.

If you ask us to pick between the two, we will go with the Blaze. If you need any further clarification, please feel free to comment below or ask on our social media platforms.

Saneesh VS is a Nurse by Profession and a Blogger by passion. He loves to write about the latest Gadget and wearable devices. In his free time, he loves to watch movies and listing to music.