Casio recently launched its first Wear OS-powered smartwatch –the G-Squad GSW-H1000. The GSW-H1000 comes loaded with a variety of Google apps and services designed for the watch.

On the other hand, the Amazfit T-Rex is a one-year-old popular rugged smartwatch. The all-new G-Squad is supposed to compete with the T-Rex in the market. So here, we’ll make a quick comparison of these two smart wearables.

It goes without saying that both smartwatches are good in their own way. Though T-Rex was released a year ago, it features good specs capable enough to compete with the G-Squad. That made clear; let’s see how they stack up. 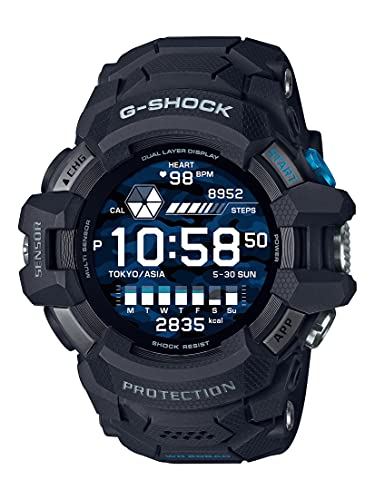 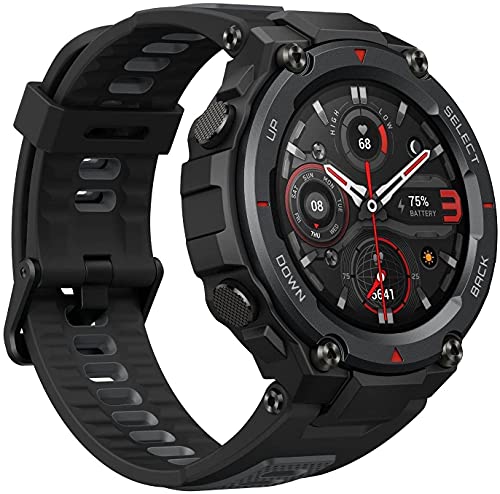 TLDR: Wear OS gives a substantial advantage to the G-SHOCK. However, the 12 military certifications bearing build quality make the T-Rex a good gizmo for outdoor fanatics.

The all-new Casio G-Squad has a so-called dual-display that combines a monochrome, always-on LCD for time display with a color 1.2-inch LCD for high-definition display of maps, sensor data, and more. This dual display enables optimal display options for your setting while always maintaining excellent visibility.

So, in terms of display, it’s all subjective. If you like AMOLED display, then go for Amazfit, or if you’d like to have the additional features of Dual display, then Casio’s version will be the gadget to go.

The Amazfit T-Rex’s shape is a tough smartwatch with a solid build. Due to its amazing, rugged body, it has obtained 12 Military Certifications. For outdoor smartwatches, robustness and reliability are particularly important, and the T-Rex delivers both. The 12 military-grade certifications testify to its robustness and resistance to harsh environments.

Needless to say, the Casio G-SHOCK is also phenomenal in terms of build quality. Though no military certifications or as such, it features shock-resistant construction plus a water-resistant microphone and charging port. An optical sensor to measure heart rate at the wrist and a microphone also provides shock resistance and 20-bar water resistance.

So, in terms of build quality, both are A+. You’ve to consider your comfort level before picking either one in this aspect.

If you are an outdoor enthusiast, make sure you check our latest list of the best-rugged smartwatches in 2021.

Whereas the G-SHOCK comes with a Li-ion battery which is rated to offer up to a month if on the monochrome display and tracking sensors or about a day and a half if more frequent with the color display.

The G-Squad Pro packs all the necessary fitness sensors seen in modern smartwatches, including heart rate and blood oxygen saturation trackers, sleep and stress monitoring sensors, etc. In addition, in-built GPS, a compass, and a barometer are available for tracking 15 activities and 24 indoor workout options.

Coming to the T-Rex comes with advanced sensors for health monitoring and tracking. The heart rate sensor is in, but you won’t be able to see the SpO2 sensors, unlike the G-Squad, in the T-Rex. However, other sensors such as a 3-axis acceleration sensor, Geomagnetic sensor, and Ambient light sensor are on-board.

The G-SHOCK G-Squad is the first Casio smartwatch to run Wear OS. The Wear OS interface on G-Squad includes several iconic G-Shock watches faces as well as Casio’s custom apps for sports-specific data like altitude measurement, tide graphs, and road gradient. If the stock watch faces are not enough for you, you may also download any watch-compatible app offering watch faces from the Google Play Store for free.

Amazfit’s smartwatches run on their own proprietary, closed Android-based operating system dubbed as Amazfit OS. As you’d expect, the software capabilities are limited to what Amazfit can offer in its OS. To be frank, Amazfit OS is nowhere near Wear OS by Google, and the OS itself can be a deal-breaker itself for some. Adding to that, the interface and touch experience are not the most responsive or fluid but consistent, though.

So, in terms of software, the G-SHOCK takes the limelight.

We’re not going in-depth with the App features, as they simply cater the same functionality – App management of various logs useful for training, from activity history and analysis to progress verification, etc.

Comparisons never end. However, we’ve covered almost all the important aspects of a smartwatch worth comparing. I hope you’d got a better idea of the two wearables. If you need more information, don’t forget to reach out to us in the comments.