“You cannot swim with all Fitbit devices. Fitbit Versa 3, Fitbit Sense, Fitbit charge 5, etc., can be used while swimming up to 50 meters.“ Swimming is an awesome form of exercise, and many people like to wear their Fitbit when they swim to track their progress. But some people are wondering if it is … Read more A new Apple Watch SE 2 rumor has suggested the device will come with an electrocardiogram (ECG) feature. Adding ECG would be a significant addition to the SE lineup, as it would allow users to monitor their heart health with greater accuracy. The ECG feature is already available on the Apple Watch Series 4 and … Read more 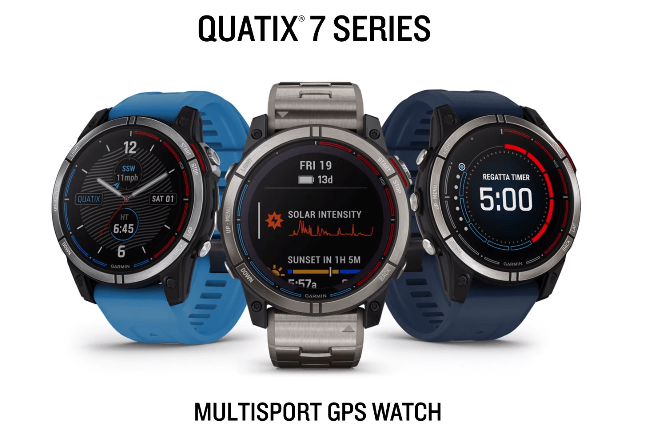 Just in time for the boating season, Garmin has released a new line of GPS watches designed specifically for sailors and boaters. The Quatix 7 Series builds on the success of its previous generation, Quatix 6, with a host of new features and improvements. Related Posts: Apple Watch Series 8: Rumours and Expectations A new … Read more The FCC Filings show that Amazfit is about to release a new smartwatch! The watch is said to be called the Amazfit T-Rex Pro 2 or Amazfit T-Rex 2 Pro, and it will be a follow-up to the popular Amazfit T-Rex Pro. Related News: Most Awaited Upcoming Smartwatches in 2022 and Beyond Apple Watch Series … Read more If you have diabetes or are in the high-risk category, you probably know how crucial it is to keep track of your blood glucose levels and adopt a healthy lifestyle. In this blog post, we are going to discuss the Best Smartwatches For Diabetes in 2022. Related Posts 7 Best Health Tracking Smartwatches in 2022 10 … Read more When it comes to smartwatches, the Samsung Galaxy Watch 4 is one of the most popular on the market. And for a good reason – it’s packed with features and has a sleek, stylish design. We have been a great fan of Galaxy Watches since it released the Watch 3 in August 2018. These devices … Read more Apple is expected to release its next series of Apple Watch, the Series 8, in the near future. While we do not much known about the exact features that will be included, many rumors are circulating, and expectations are high. Related Posts: Apple Watch SE 2 Expected to Land with ECG 32 Best Apple Watch Faces … Read more