Choosing between an iPhone or a Pixel device might be easy for most of us. But both Apple and Google have some products that truly make things challenging. The Apple Watch Series and Fitbit are two of the most popular smartwatches on the market. Even though the first one was built from scratch by Cupertino giant, the latter became part of Google only in January 2021. In this Apple Watch Series 7 vs Fitbit Sense comparison, we’ll see how well these brands compare against one another.

Apple watches have been with us since April 2015, and Fitbit has been offering activity trackers since 2014. The popularity of the watchmaker forced Google to take over Fitbit in January 2021. 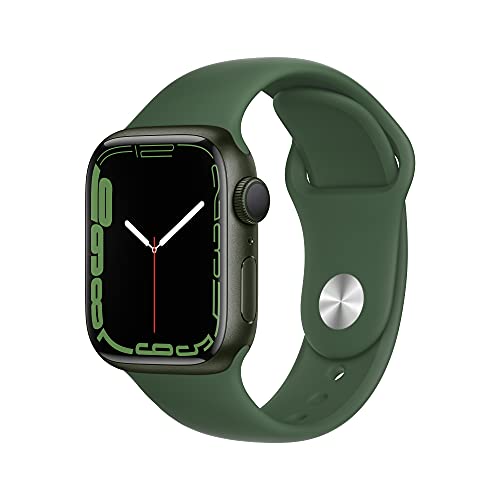 Both are excellent smartwatches available in the market in the high-end segment. The brand new Series 7 is the latest and greatest from Apple carrying massive improvement over its predecessor, so they have a slight upper hand in many fields. The Fitbit Sense came in August 2020, but it manages to hold well against the new Apple Watch Series 7.

Both our candidates break the tradition with a rectangular dial that now impresses the buyers a lot these days. Apple Watch Series 7 sports a rounded rectangle dial with an edge-to-edge display. On the other hand, the Fitbit Sense features a square dial with rounded corners to normalize with the latest trends.

Even though the edge-to-edge screen on the new watch Series 7 looks great, but it might be more susceptible to damage. The Apple Series 7 Watch is available in 44mm and 40mm dial sizes, whereas the Fitbit Sense is only available in a 40.5mm dial size. Both brands offer premium straps that go well with both watches. There is no point in mentioning colors as it’s more of a personal choice.

Both Apple Watch Series 7 and Fitbit Sense are 5ATM water-resistant for up to 50 meters so that you won’t have a problem taking it to the pool. However, we do recommend that you keep them away from the beach. Even though the specs of these watches indicate how durable they are, both our candidates can be scratched quite easily. With the Watch Series 7, you have the option to choose between Aluminium, Stainless Steel, or Titanium. However, with Fitbit Sense, we have to stick with Aluminium.

Both the Apple Watch 7 series and Fitbit Sense fares pretty well in both the display and battery segments. The Apple Watch Series 7 has the best display, and the Fitbit Sense outperforms others in the battery. Apple offers an LTPO OLED display with a resolution of 448 x 368 pixels. Not only the display, but the user can also adjust the frame rate based on what’s on the screen. Moreover, it is also bright even in brighter environments. Fitbit Sense comes with an AMOLED display having 336 x 336-pixel resolution that is equally bright as the Apple ones. But the Watch Series 7’s display feels more appealing, thanks to its curved edges.

Even though Apple does not increase the battery life of Series 7 watches, it supports quick charging. Now it charges 33% faster than the Apple Watch Series 6.

Fitbit‘s extended support for health and fitness tracking is another major reason over the Apple Watch 7. However, the Cupertino giant upgraded its hardware and optimized the software to offer some complex health metrics. To put it simply, the Fitbit Sense features a skin temperature sensor that could give us a lot of data compared to what we get from Apple. But, the Apple Watch 7 series is getting tough competition from Fitbit Sense.

Both these watches feature all the necessary sensors that could help you with your workout or health monitoring. You could even measure ECG from both of these watches. The readings from these sensors are also accurate enough for a smartwatch. But don’t think of these readings as final as nothing matches the quality of professional medical equipment.

Fitness and tracking programs included in both these watches are good enough to give you a kick start. Fitbit, with all its points and scoring systems, knows how well to encourage the user. Meanwhile, Apple Watch 7 Series data is offered in the most refined way to make the most out of it while analyzing your health stats.

The Cupertino giant knows how to garden more users to use their products. Both watches offer music playback and calls, but Apple has managed to pull it better. LTE lets the Apple Watch function on its own without the need for a smartphone or Wi-Fi. Fitbit Sense, on the other hand, needs to be connected to a smartphone over Bluetooth. The 32GB onboard storage on the Apple Watch Series 7 puts it generations ahead of the Fitbit Sense, which only offers 4GB onboard storage.

Apple Watch Series 4 and above has a life-saving feature, which is called fall detection. The watch will send an SOS message to the emergency department with your real-time location if you don’t respond after a bad fall. It is a life-saving feature that has already saved many lives. On the other hand, Fitbit Sense does not have this feature at all.

Overall, Apple Watch’s performance is much better than Fitbit Sense in terms of daily smartwatch usage. While there are a lot of features missing from the Watch 7 series, it delivers to some extent.

The Apple Watch Series 7 and the Fitbit Sense are an excellent collection of premium smartwatches. Like always, it is a challenge to choose between these two watches. But if you’re an Android user or someone who’s seriously into health and fitness tracking, we highly recommend that you get the Fitbit Sense. It is also a lot cheaper than the base model Apple Watch 7.

If you’re an Apple user who values fancy Smart features or the Apple logo over anything, we recommend that you get yourself an Apple Watch. Not that the LTE feature of the Apple Watch can be considered a justification for a small price hike. If you have kids at home, the Apple Watch might be your only choice if you wish to track them.